Dominic Speaks Up for Orca 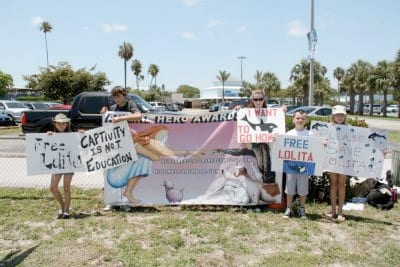 Lolita, a captive Orca was stolen from her home and family 41 years ago. Dominic Geragi, an 8 year old Animal Hero Kid Award recipient, explained at a protest outside of the Miami Seaquarium on Saturday. A series of explosions were used in the whale napping. Lolita is trapped in a cement tank less than a mile away from the open sea. The human equivalent of her life would be like being stuck in an elevator for the rest of your life, with food thrown in and being forced to perform timed tricks.

Dominic, and many other children and adults, empathize with Lolita’s miserable plight, footage from “Lolita Slave To Entertainment” a doc showed her floating in one spot in a small pool, so, lethargic, her whole body showing how depressed she is.