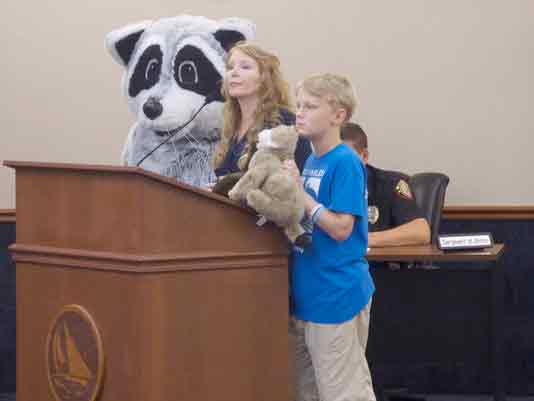 Animal welfare advocates — including one dressed in a raccoon costume — are petitioning Melbourne to ban displays of exotic and wild animals in the city.
Susan Hargreaves spoke about a circus elephant that ran amok with people on its back in 1992 in Palm Bay. Several people were injured before the pachyderm was shot by police.

“I know that the city of Melbourne does not want danger to their citizens or cruelty, because caged and captive wildlife live a life that you could perhaps empathize with if you never left this room again,” Hargreaves told the council.
read more